I spent a significant time planning my son's important first birthday party! I ended up going with a Dr. Seuss theme and am so glad I did!

This is the cute birthday boy in his birthday attire! Notice, he is wearing One First, Two Fish shoes! 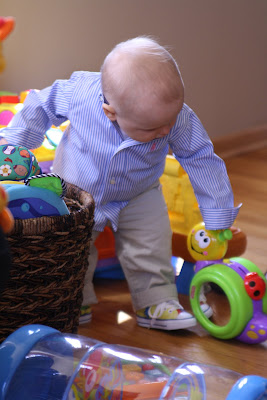 For the decorations of his Dr. Seuss inspired birthday party, I stuck with bright red, blue and yellow colors.

I did many candy displays as part of the decorations. I made my son a red and white smash cake using red frosting and white fondant. For the guest I decorated 3 batches of cupcakes!! 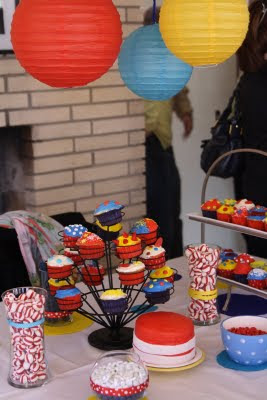 I painted the ABCs in my bright primary colors. 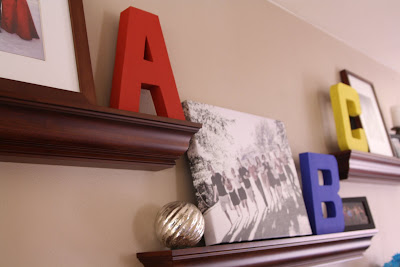 We used lots of balloons, and had several of the Dr. Seuss books out for display, including some of the lessor known books that we ordered from Amazon! 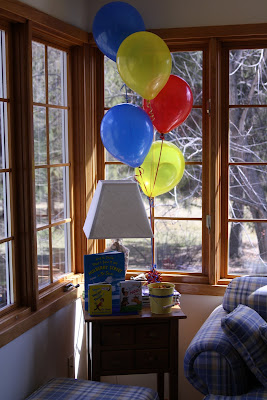 This is the birthday sign I made using a lots of card stock, ribbon and a circle cutter. 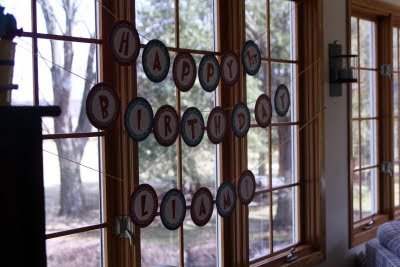 I decorated board books with ribbon and each child's name for party favors for all of the little ones. 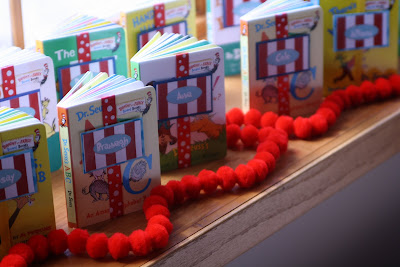 The guest book signing area. I used the Dr. Seuss birthday book, and some bright colored markers for the guest book. I also printed some bloopers from the birthday invite photo session to decorate the table. I used novelty drink glasses I got at a party store for flower vases and cut out circles using different colors of felt to complete the guest table look. 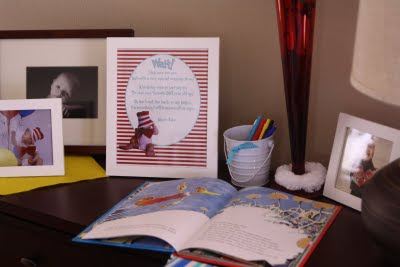 For an extra touch, I printed off a large image of the Grinch and my dad so nicely made a cardboard support for the back of it, and we put him poking out of the fireplace, "guarding" the gifts. 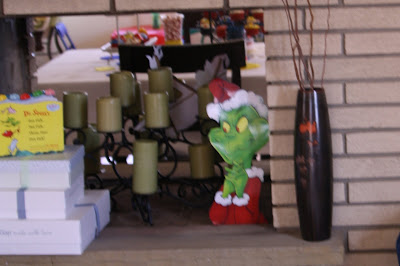 Now onto food!! I spent a lot of time researching this! We served "Pink Ink" lemonade out of crazy cups I found at the party store, and with fish straws I found online at Amazon. 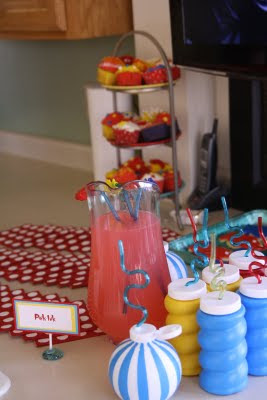 We had red fish, blue fish cut out cookies!! And more of the candy displays!!!! (We had so many sweets!!!!) 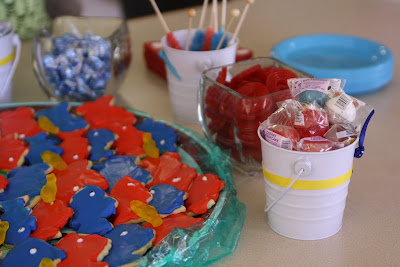 More of the candy display! 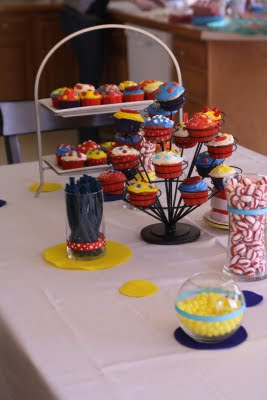 Then we have the "Cheese Tree" This is a crafting cone covered in plastic wrapped, decorated with cubed cheese attached with tooth picks. This was a HUGE hit at the party!! 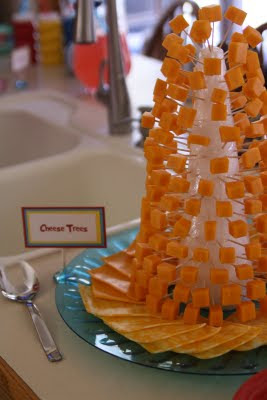 I asked my sister to be in charge of the Green Eggs and Ham. My original idea was just green develed eggs and a seperate plate of ham, but she came up with this clever way to combine the two!! These were also a hit at the party!! 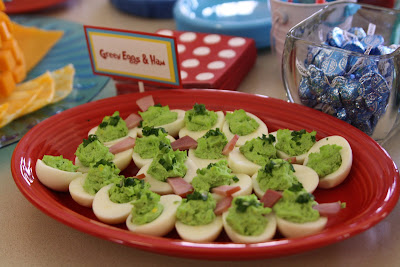 I spent several hours making a "One Fish Two Fish" Jello bowl. This is maybe 8 packages of blue jello mix in a real (cleaned -never used) fish bowl. I put Grape Nuts on the bottom for "rocks" and then layered up the jello, letting it set in between. I added gummy fish to the various layers, and used rosemary to make plants. My suggestion if you make this, is to tone down the color of the blue jello with a clear jello. You can't really see in this picture, but in person you could see the items in the bowl. 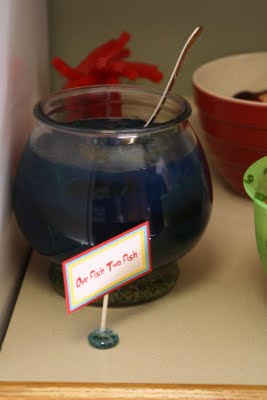 The "Who Roast Beast" was roast beef from Arby's!! 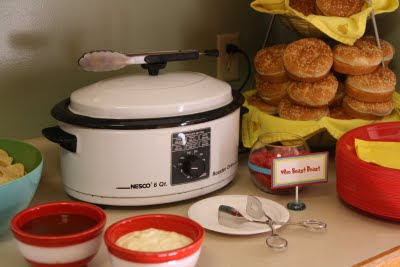 We also had a "Foodles with Noodles" pasta salad.

Last but not least, we have a picture of the birthday boy enjoying his cake!!! He was covered in red frosting at the end of this! 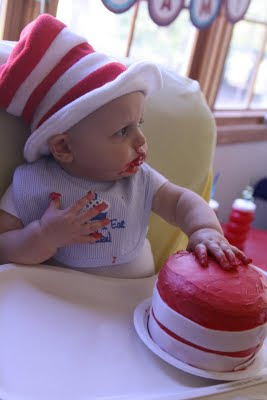