A few weeks ago or so when I was on one of my many trips to Target on I stumbled upon this chair that at the time was an online only chair (they now sell this chair in the store) so it was on sale for $49! I didn't think twice and grabbed it!
While it's a very nice gray colored chair, it didn't really go with any of my rooms. I originally thought I would recover it for my master bedroom, but after thinking about it, in our family room if we have people over we seem to not have enough room for seating, so I decided to keep it on our first floor to move around as needed.
For this chair recover project, I used fabric I bought this past fall when I was in New York and went to Mood. So I sadly have no clue what it is called and have not seen it anywhere else (if you know what it's called let me know!!) 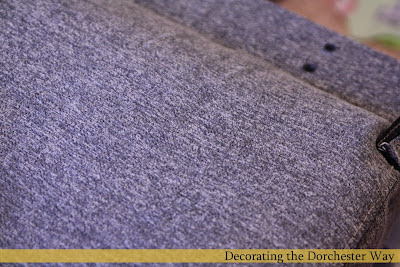 I don't have many during pictures because this was NOT as easy as I thought it would be. I pinned, pinned and re-pinned. The bottom cushion was not as hard, but the top was a bit more of a challenge. I found that pinning it in sections was the easiest. 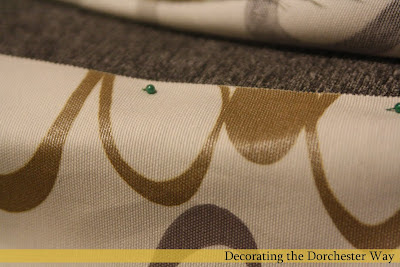 I pinned and sewed the top in 4 different sessions. 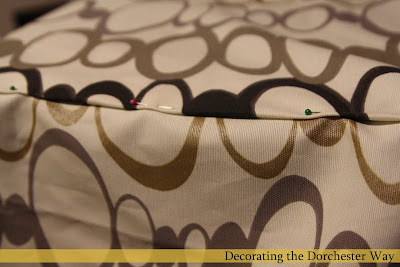 I took out chunks of my fingers while sewing this from the pins! (My poor fingers still hurt!!!)
I was so happy when I thought I was done, only to realize that I ran out of thread on the bottom and it didn't sew the last part..... so I had to re-pin is AGAIN!!!!! 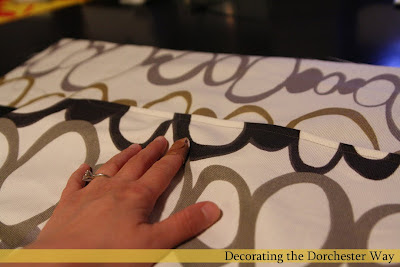 Here is another before shot! Once I had the slip cover sewn, I used my staple gun and my glue gun to attach it to the chair. (And I burnt a finger with my glue gun..... so my hands really hurt after this project!) 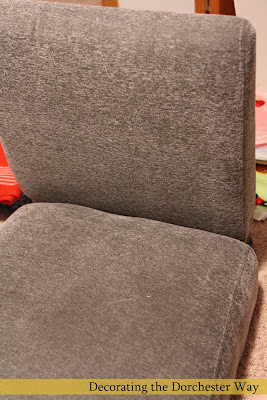 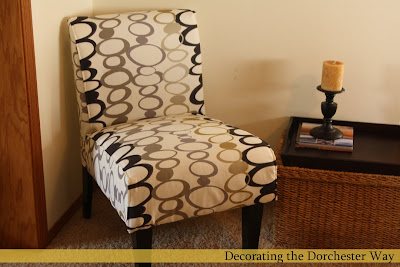 I purposely took the time to make sure my top seat cushion lined up with the bottom seat cushion. (It would have looked VERY VERY funny had I not!) 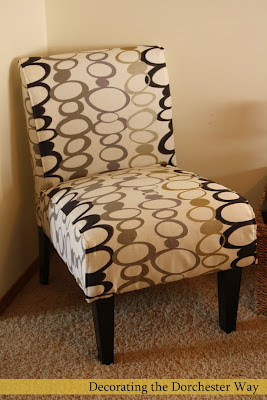 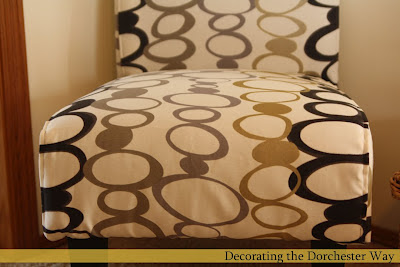 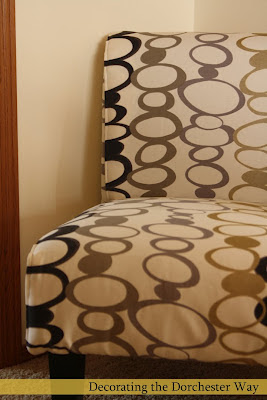 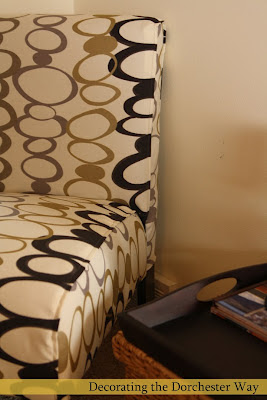 I love my new chair! And am so glad it's done! I thought it would take one nap or so to finish, but it took a lot longer than that!!!