Before my son was born I spent months knitting him a baby blanket. Now since I don't have that much time on my hands, I decided I should be fair and make my daughter a blanket too.... well I ended up making her 3 but I spent WAY WAY WAY less time on her three combined than on that single one for my son.

The most time consuming blanket I made I started with the pieces wrong side to wrong side and sewed two pieces of soft fabric together. Once almost all sewed together I flipped it right side out and then sewed a second time around the blanket with about a half an inch seam allowance. 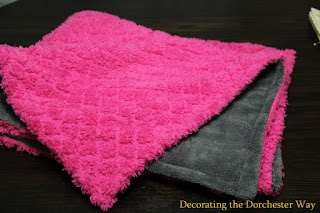 My second and third blankets were the same concept, different cute fabric! I carefully pinned the two pieces of fabric together wrong side to wrong side so my alignment was correct on them. I then pinned double fold bias tape around the entire blanket and sewed it in place. 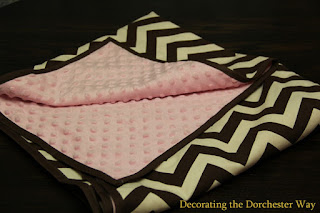 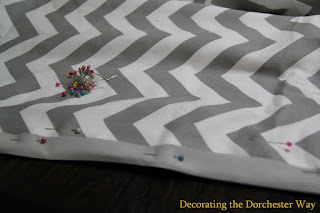 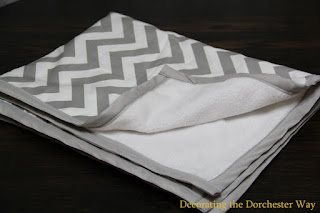 I was so intimidated to actually start this project and like most projects I don't know why. This was a REALLY easy sewing project. Just a bunch of straight lines (and some might not be 100% straight!!! - I am pretty sure she isn't going to care!!!)
Posted by A;ge at 4:32 PM