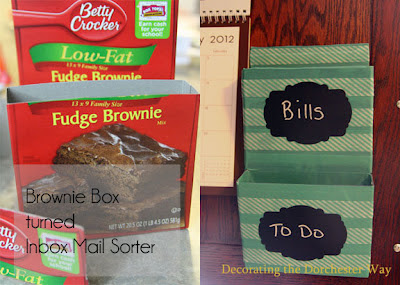 In my procrastination for my wedding duties, I decided I needed to organize my kitchen (there will be more on this later!!!) I decided I needed an inbox for bills and things that needed attention. Yes I could have gone to Target and bought one, BUT this was SUPER easy to make and really took me less than 30 minutes!

I started with 2 brownie boxes and NO plan, just a vision! 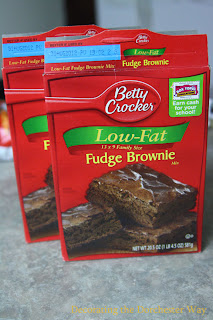 I started by cutting the top 1/3 of my box off and then cutting down the front of both sides of the box. 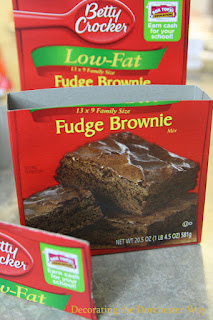 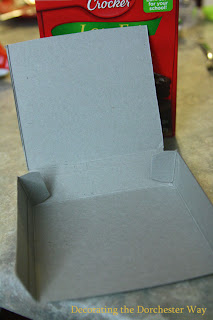 I then drew a diagonal line on the side of the box from the top to the bottom (see the picture on the right) to allow for the angled shape I wanted.

Repeat this for the other side of the box. 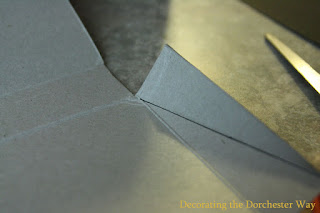 Then, repeat the above few steps for the other box! I used the first box as a template for the second (see the image below on the left) Then to assemble, a little hot glue on the flap side, press and hold.

Glue both sides, and assemble the second box. SO easy! Then hot glue the two boxes together.

A finished, yet ugly In Box! 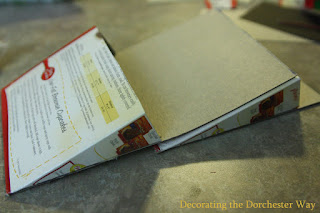 To decorate I used my Target Washi tape. As long as you don't look at the back.... I just applied layers of the tape until I had the design I wanted! (I changed my color from this picture to my final pictures!!) 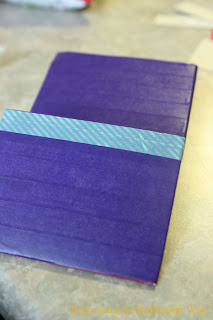 I used my Silhouette Cameo to cut out two fun shapes with Chalkboard vinyl! A couple Command Adhesive strips on the back and I have a new organized in-box! 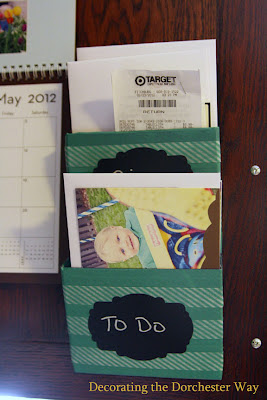 It feels so much better to be organized! 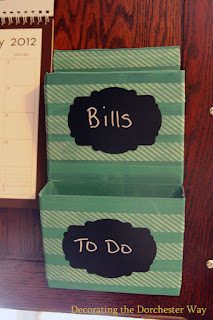 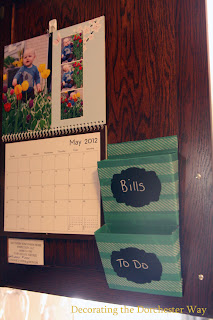