One of the last things you tackle when moving into a new house is the closets! People usually don't randomly look into them, so why bother. Well I finally tackled my upstairs hall closet. My before..... 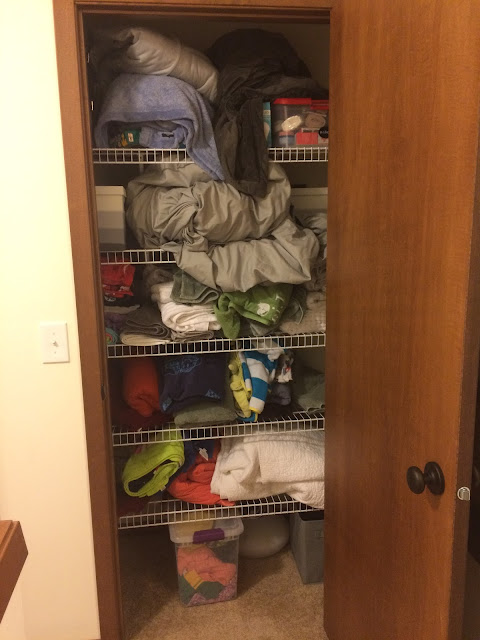 This is a fairly nice sized hall closet, well at least compared to the last two hall closets we have had! I showed the hall closet from our last house here. While it was much longer, it was SO shallow. You could barely put a bin in it because of it being shallow and with the supports.

Look at all of the stuff I took out of there!! This is a massive pile of stuff we don't need. For some reason I had 25 pillow cases and about 10 unneeded and crappy bath towels! I also moved all of the kids towels into their bathroom in an empty cabinet. 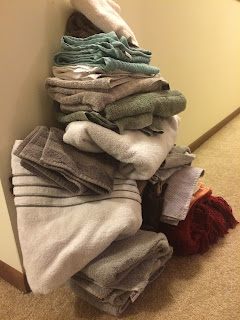 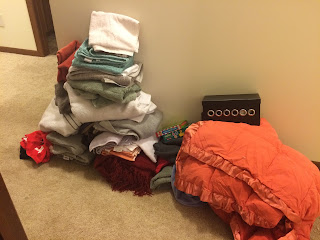 And the after!!!! AHHH so much prettier and so much more organized!!! AND I have so much more space for additional organized bins and what nots!! 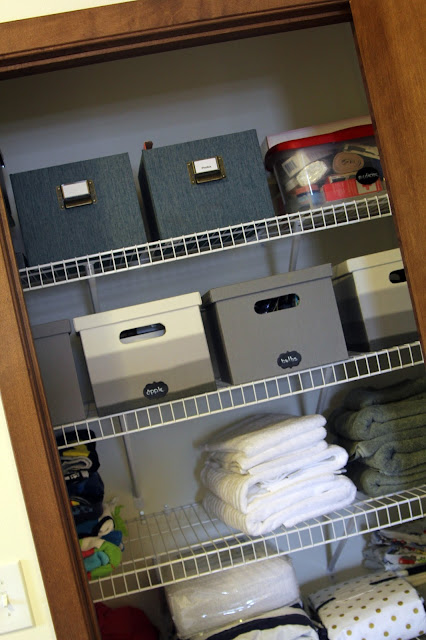 It's amazing how much prettier a space looks when its not over crowded and with pretty bins!!! 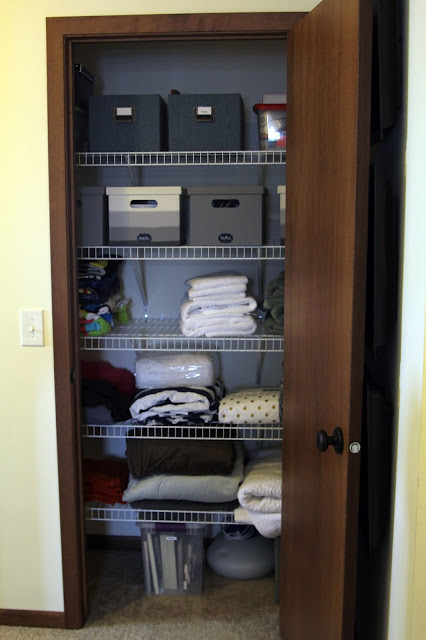